How to Play Jolly Roger 2 Slot

Fishgametop is an online casino that is currently very developed in the USA market. With friendly interface and featured icons. Fishgametop has become a rare online betting site with typical Singaporean style. Fishgametop’s aim is to become a specialized and market casino in US in the betting field by providing its customers with all the best quality services. Since its establishment, Fishgametop has operated with the motto of honesty – prestige and quality always come first. And today we will introduce to you an extremely famous game at Fishgametop that is Jolly Roger 2 Slot. See how to play right below! 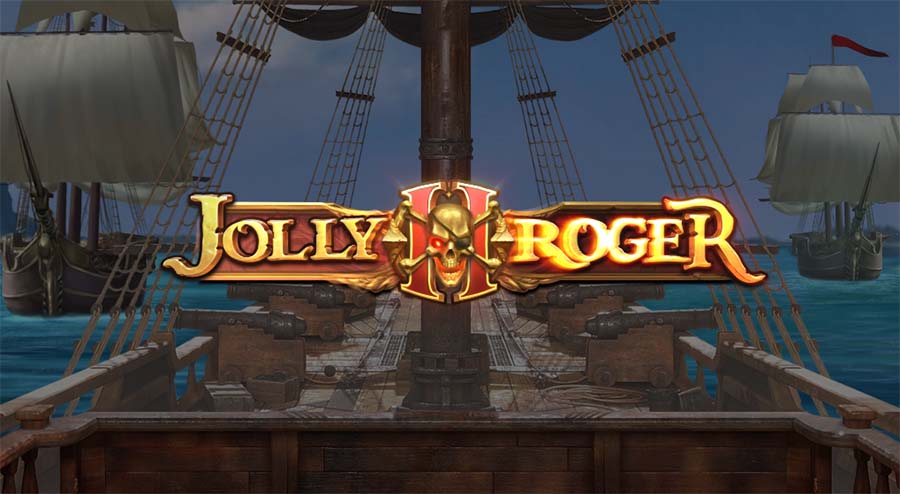 What Is The Jolly Roger 2 Slot? 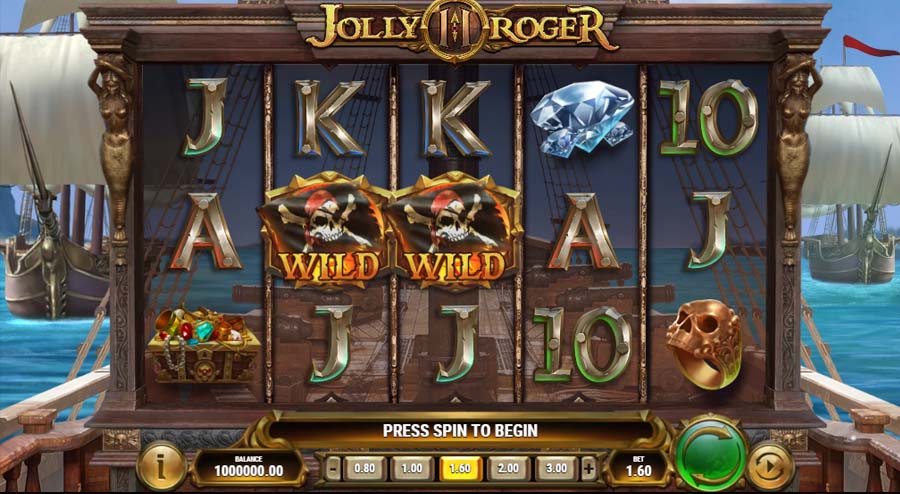 The Way To Win In The Game

Jolly Roger 2 Slot has up to 20 winning lines, all of which are played. The entire winnings will be multiplied by the line bet minus the bonus symbol. All line wins are paid from the leftmost reel to the right. In case there are multiple winning lines on the same payline, only the winning line with the highest payout will be counted. Line winnings are multiplied by the line payout excluding the bonus symbols. When something goes wrong, all bonuses and plays will be forfeited.

Symbolizing the pirate, the skull and crossbones symbol serves as the standard Wild and substitutes for all other paying symbols except the Scatter symbol

You will see the one-eyed pirate Roger himself acting as the Scatter symbol on his own pirate ship. Landing these three symbols on reels 1, 3 and 5 takes you straight to the Bonus Quest bonus round.

The Compass Bonus Multiplier feature is a new addition and deserves a mention. Located at the top of the reels, this feature will likely trigger randomly on any given spin with a bonus multiplier up to 10x.

Bonus Quest is just another name for the Bonus Pick feature. During this bonus feature you will get 12 treasure map reels, each of which contains different bonus features.

By choosing and matching 3 of these features, you will go on to trigger three different Free Spin bonus rounds or instant cash rewards up to 20 times your stake.

In this bonus feature you get free spins and fight other pirate boats. You will start with 3 lives. Each victory will give you one more life, each loss will take one life.

You will fight against British, Portuguese and Dutch warships or fight a merchant ship. If you fight merchant ships, you automatically win. The bonus is that you will get a free spin with a reel of Wild symbols.

Taking place on a special 3×3 grid, each battle will be a fierce 3-way competition between you and your chosen warships. The side with the most symbols on the grid wins the game.

If you win, you get a free spin with the pirate win bonus applied along with the Compass multiplier. Below are the ones you will be provided with:

There are a total of 8 symbols appearing in the game. Each symbol has a different payout and is specified in the paytable. 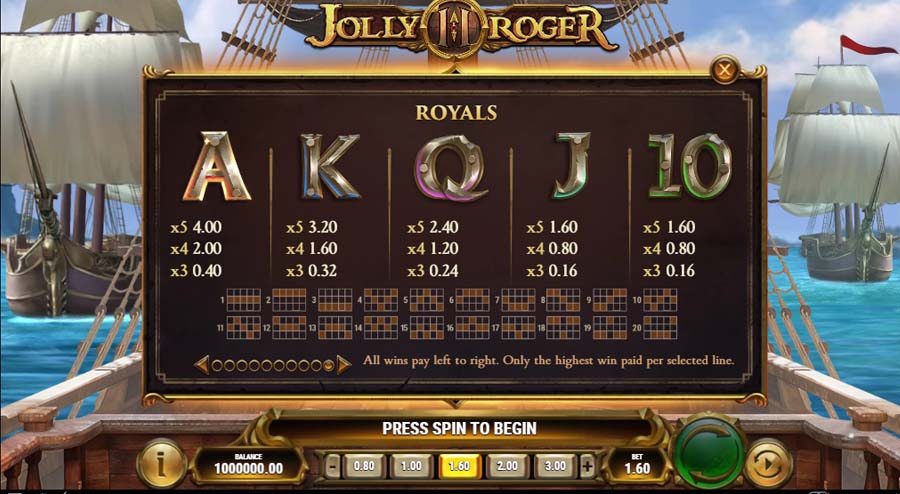 Spinslot loves the rich bonus features on offer and you can’t help but be impressed by the stunning graphics that make this slot machine fresh and exciting. Add to that the huge winning potential and it is clear that this slot release is sure to be extremely popular. Overall, this is another great redemption game from 777 slot provider Play ‘n GO that is sure to become more popular than the original. Will you join the Red Roger pirates in their quest for treasure?